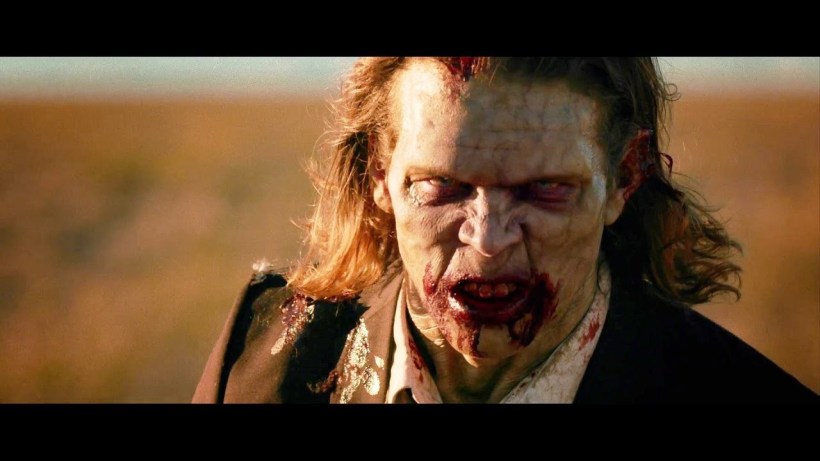 At first glance, It Stains the Sands Red plays like a fun, silly, admirably low budget zombie flick. Fans of independent film will no doubt appreciate the innovative primary setup – one girl, one zombie, one desert. Two actors and an endless location with nobody to bother you about permits and paperwork. Genius way to utilize what you’ve got rather than emphasizing what you don’t. The sort of thing born out of treating certain limitations as a challenge to work within creative constraints. 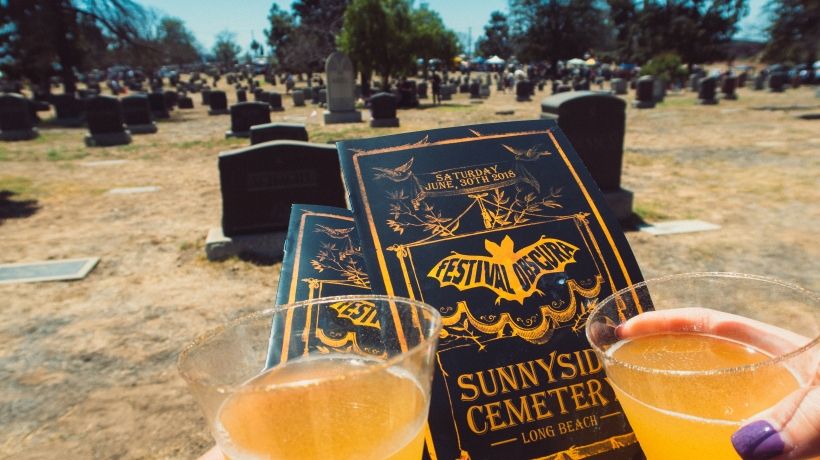 Saturday, June 30th Festival Obscura hosted a fundraising celebration to benefit Long Beach’s historic Sunnyside Cemetery. The event included over 45 craft breweries, along with live music performances, food trucks and horror related artists and vendors. The location was magical, the lines were short and quick moving, organization was impressive and the brews were of course, delicious. The best part? It was all for a wonderful cause…

END_OF_DOCUMENT_TOKEN_TO_BE_REPLACED

At times it really felt like Universal was phoning it in this year. Midway through the night, it was looking a bit bleak. We had done the terror tram and Ash vs Evil Dead and we were thoroughly unimpressed, with a lot left to cover with our few remaining hours.

The Shining Maze wins at Halloween, wins at all mazes this year, and maybe wins all mazes ever. END_OF_DOCUMENT_TOKEN_TO_BE_REPLACED

END_OF_DOCUMENT_TOKEN_TO_BE_REPLACED 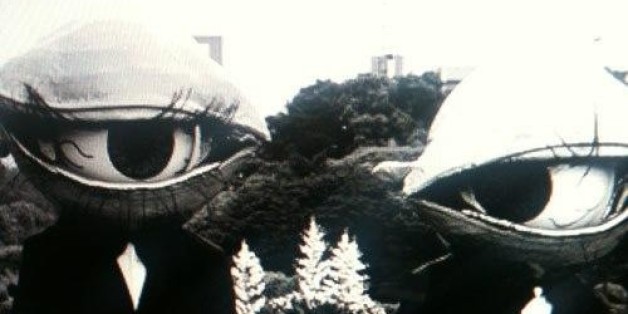 Strategy: Maximum Halloween-age with minimum spend-age. Ok, October is expensive for us, it’s just a given. But I try my best to not kill my friends’ wallets by choosing the cheaper dates for haunts, etc. Here’s a list of pro-haunts, home haunts, live theater and screenings going on this month.

END_OF_DOCUMENT_TOKEN_TO_BE_REPLACED

The season of haunts is upon us! Got to check out Knott’s Scary Farm last night to kick things off.  Here are my top must-do’s:

END_OF_DOCUMENT_TOKEN_TO_BE_REPLACED

Our second full day in this town began with a tour of the Lafayette Cemetery No. 1. It was late back at our Air BnB the night before, and we decided to go ahead and book our cemetery tour, because guides are now required thanks to excessive vandalism within the cemetery. We took an Uber from Lakeview to the cemetery and saw people wandering freely in and out of the cemetery gates. Since we were early, starving and un-caffeinated, we walked up a block to Magazine Street and found a Starbucks. Because you know, we like to visit the various Starbucks of the world. It wasn’t exciting but it was much needed breakfast sandwiches and coffee. We headed back to the cemetery gates and waited for our tour to assemble. The famous Commander’s Palace sat silently across the street, in the shade, the sidewalk in front was being hosed down. It looked even more like a scene from a movie with an empty wet sidewalk encasing it.  People still wandered in and out of the cemetery freely, unaccompanied. I began to wonder if we had been had. As I later realized, we had not been had, I was just so tired when I did the booking that I booked the wrong cemetery. We had planned to visit Lafayette No 1, but no guide was required. St Louis No 1 is the only cemetery which now requires a guide. Just a heads up for any of you planning a visit. But at least the money for our non-required tour is going towards the preservation of the cemetery. And we did learn some interesting things.

Our tour guide was a sweet little man, he made no qualms about the fact that there would be nothing “spooky” about this tour, just pure historical fact. He volunteers with Save Our Cemeteries and at the National WW II museum. He had a distinctly science teacher vibe – lanky, bespectacled, white New Balances, and a giant khaki safari style hat. He was retired from the medical field which I guess is kind of sort of still in the vein. 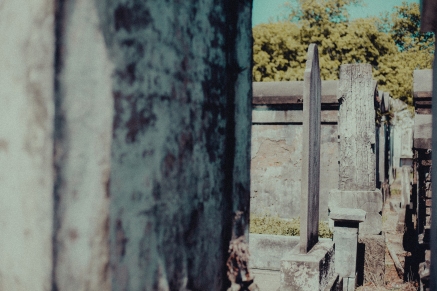 The cemetery itself was gorgeous, although it’s hard to not impress us with tombs dating back to the 1800’s. The architecture and the care spent designing the tombs and the statues that accompany them has always been beautiful to me. It’s no Pere Lachaise, but it is absolutely worth a visit. Tons of things have been filmed here, including scenes from Interview with the Vampire. Apparently New Kids on the Block filmed their “Right Stuff” video in the cemetery, which our tour guide neglected to mention. Come on, sir. This is an important historical event! Maybe NKOTB fans were getting too crazy and they had to remove that tidbit from the tour. I’m sure we would have been escorted out after recreating the slow-mo cemetery chase and doing the sweet Right Stuff scissor kick slide dance. And as we were being dragged out, I would have yelled “worth itttt!”

After the tour we wandered out to Magazine Street. It didn’t really seem like our scene, so we hopped a streetcar back to the French Quarter. As we wandered around the streets we came across Vacherie. American Horror Story fans may recognize the restaurant from season 3 during the Witches’ Walk. We recreated it as best we could, without Jessica Lange or a Coven. #Covenofone

Now this is important. Commit this to memory. We inadvertently wandered into the New Orleans School of Cooking. Apparently pralines are the thing here. Apparently pralines are prevalent in New Orleans as a whole. Neither of us had ever had a praline. We snagged a couple as a snack and they were amaze-balls. Granted we had nothing to compare them to, but good is good. Throughout the rest of the trip we tried pralines from all over the city. NONE OF THEM COMPARED. Go. Try them all. Please write and tell me if you disagree or if maybe we managed to miss one. Judging from what we ate, I will say with confidence the New Orleans School of Cooking has the best dang pralines in New Orleans. Maybe in the world, I dunno. They make ’em fresh and bag ’em up just quick enough to keep up with the steady stream of orders. You’ll find this little gem tucked in among some shops next to Jackson Square. They’re sold pre-packaged throughout the city, but nothing beats the warm fresh ones.

Pralines in hand, (and in mouth), we made our way to Cafe du Monde. The place was packed, but the wait was short and the patio was bustling. As we made our way to our table, I noticed the complete abandon with which everyone was enjoying their beignets. Adults and kids alike absolutely covered in what I would later find out, an inescapable dusting of powdered sugar. Their faces, their hands, their pants, their feet. The floor reminded me of one of those BBQ places that throws sawdust and peanut shells on the ground, except for this was all snowy white sugar. There are really only two things on the menu here – beignets and coffee. We ordered both, and a sax man on the street serenaded us as we snacked. As we dug into the beignets, I understood why everyone was covered in powdered sugar. Resistance was futile and getting doused was part of the fun. It was best to just surrender entirely to the pastry and dust off afterwards. A lesson I learned pretty quickly after attempting to wipe a mound of sugar off my lap with a damp napkin. Essentially I succeeded in making a sort of sugar/napkin paste and proudly donned that on my black pants for the rest of the day.

The sax man started up “When The Saints Go Marching In” and sitting in the middle of this beautiful historic city, trying new foods and living out a portion of my bucket list, I welled up with tears because I was reminded so intensely of my Grandmother and overwhelmed by the beauty, the strangeness and the temporary nature of life. Each and every moment is once in a lifetime. Even if I make my way back to this city, and visit this same cafe, it will not be the same moment as it was right then and there. It was a nice reminder to soak it all in and appreciated every single last bit. Thank you, Sax Man for unexpectedly bringing her back to me that afternoon.

It would be easy to dismiss Netflix’s latest hit as nothing more than fare for the Young Adult Fiction crowd. But it would also be a lie. This show was unexpectedly profound, dark, and yes… even important. Watch and discover your own reasons why this show is important. In the meantime, here are just a few of my top reasons why this is more than popular YA fluff:

END_OF_DOCUMENT_TOKEN_TO_BE_REPLACED 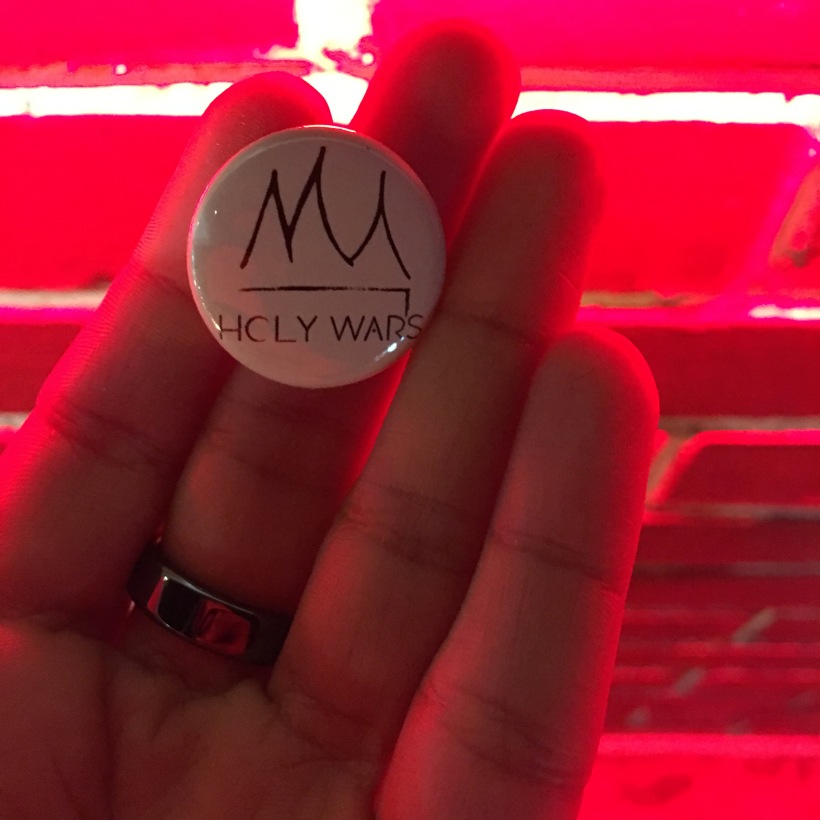 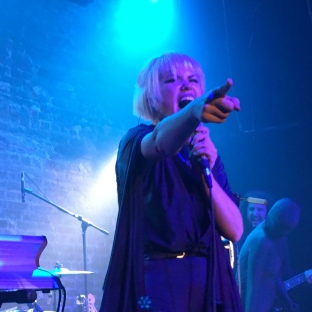 Holy Wars’ front woman Kat Leon looks like she’ll break your heart. And she will. But she’ll also resurrect it before the night is through. Touted as “Dark orphan rock”, the subject matter is brutal and the pain shines through. But not in a deeply depressing crying in a circle sort of way. It’s more of an empowering weirdly healing ritualistic type of way. As a whole, the band is strong and hard hitting. The guitarist shreds, the drummer is an animal and the bass line brings it. They function as a unit to open up your chest cavity, rip your heart out and carefully replace/dance it back to life by the end of their set.

“Creepers ” (dancers dressed in full bodysuits) incorporate on stage choreography with creeping and crawling their way through the audience and incidentally scared the crap out of me at least a dozen times. The Creeper element couple with the fact that Kat is charismatic and engaging, gives the show a cool interactive feel. Keep an eye on this new LA band, they’re going to hit the scene hard.